I feel as if my body is withering away. I don’t say this as a form of hyperbole or in a quest for sympathy from strangers. It’s the rotten-bone truth: Since being diagnosed with heart failure in 2019, my body has considerably shrunk in size—to the point that I’ve had to discard my entire wardrobe and purchase a new one. That’s not a compliment. This isn’t earned or intentional weight loss. I wasn’t aiming to lookin the mirror and see a smaller face or slimmer waist staring back at me, which makes the fact that it has happened even more jarring. It often feels as if I’m looking at someone else, someone chiseling out because of illness, but for those surveying my body—strangers and loved ones alike—my newfound body is worthy of being praised, no matter how the weight loss was achieved.

“You look amazing” is a common refrain, as is “How much more weight do you plan to lose? You look great!” I’ve been told I’m glowing so often that it feels like my face must have been permanently smeared with bronzer, just enough to keep the compliments flowing. Though their intentions aren’t malicious—effervescent praise rarely is—such praise reinforces the very system that I’ve been attempting to divorce myself from for nearly a decade now. Thanks to a culture that is equal parts obsessed with diet culture and consumed by the thin ideal, we’re all supposed to be on a never-ending journey to conform to the standard, and when we’re able to achieve that—even if it comes through progressive, chronic illnesses, as it has in my case—it is worthy of both reward and praise.From the perspective of those issuing these compliments, even if weight loss is the consequence of debilitating illnesses that could ultimately kill me, the sickness was worth it.

No one cares why you’ve lost weight. Whether it’s accidental, intentional, or a by-product of sickness, we’re taught that a slimmer body is to be marveled at—a sign of a newfound discipline and an adherence to the thin ideal after being disruptive to the social order for so long. Whenever I discuss what heart failure has done and continues to do my body—exhausting me without warning, stripping me of the Friday night baths I used to look forward to, and causing extremely painful cramps to roil through my legs and feet—my feelings are cast aside as people gush about how good I look. “You’re beautiful now” is a common refrain. “You’re so small” is another. What I hear is: heart failure might have cost you, but sickness has also granted you something more important than your aches and pains.

To be clear, I’m not supremely thin. Nobody would mistake me for skinny. My body is still fat, but it’s considerably smaller than it used to be. My face is smaller. My legs are smaller. My old clothes hang off my frame as if they once belonged to someone else. While this may seem like a point of pride for those who look adoringly at me through fresh eyes, impressed by what I’ve “achieved,” it is a point of contention for me, a point of sadness, and, in some respects, a point of noreturn. When I look in the mirror, I don’t see a body slimmed through strict dieting and weight loss. I see a body that’s weary, that’s battered, that has been through absolute hell. I see a body that’s resilient and has gone through the wringer to keep me alive. None of what I’ve endured matters in this un-winnable scheme: I am thinner, and therefore everything I’ve experienced to get here is secondary. It’s an experience that’s common for fat women, especially those in the public eye who’ve lost weight, and it’s reflective of the ways in which we understand (and don’t) a fat person’s relationship to thinness.

When Adele debuted a thinner body on Instagram in 2020, she was bombarded with compliments from normal people and celebrities alike. Though the caption of her photo acknowledged the sacrifices of essential workers during the pandemic, her body became the hyperfocus of the commentary. “YOU LOOK AMAZING,” YouTuber James Charles commented, while Chrissy Teigen followed with “I mean are you kidding me.” Lil Nas X, an Instagram account called Healthy Fitness Meals, Jenni Farley, a.k.a. JWOWW, and amix of other ordinary people and celebrities descended on this picture to praise Adele. One comment, from Nagore Robles, immediately grabbed my attention because it summed up the issue far better than I ever could have: “You’ve worked so hard to look like this and I’m so glad you’ve got your purpose, butI want to tell you that for me you were always a spectacular, beautiful, and sexy woman.”

“None of what I’ve endured matters in this un-winnable scheme: I am thinner, and therefore everything I’ve experienced to get here is secondary.”

Few people, if any, mentioned Adele’s divorce, which she attempted to handle privately but was still forced to mediate publicly as tabloids speculated about everything from whether she and her ex-husband signed a prenuptial agreement to how much she’d have to forfeit in alimony to how they’d navigate custody of their small child. Divorce takes an enormous toll on the majority of people who experience it. For many, it can resemble a death—the forever separation of two lives that were once melded together—and that can result in both emotional and mental turmoil for both parties. Given what we know about what divorce does to regular folks, why would people praise Adele for being smaller in the aftermath of hers? “I had the most terrifying anxiety attacks after I left my marriage,” Adele told Oprah Winfrey during an interview in 2021. “They paralyzed me completely and made me so confused because I wouldn’t be able to have any control over my body.” Working out, then, became a means of improving her mental state because she trusted her trainer and the exercise routine gave her life more structure. As a result of this life shift, she lost 100 pounds. To presume that she’s smaller because she intended to be is to presume that all people who lose weight do so intentionally, only reinforcing the very surveillance that often precipitates fat people pining to lose weight to begin with.

When you’re fat, every decision you make—or don’t—becomes subject to the scrutiny of strangers. If you eat too much or too little, it becomes worthy of commentary. If you lose or gain weight, your body is under a microscope, one that’s further magnified if you are a woman or a celebrity. After all, tabloids devoted entire issues to celebrities’ “best and worst bodies” until the practice fell out of favor in recent years. But fat celebrities, in particular, are subjected to an even more gross invasion of their privacy. Whether it’s Kirstie Alley (politics aside) and Adele or Mo’Nique and Oprah Winfrey, there’s a cultural investment in how much their bodies lose and gain and what has prompted it.

In the case of Adele, this is largely pure speculation. Despite never discussing her body publicly, she has still become ground zero for people to plant their flags on, to project a meaning she never articulated onto her weight loss. WhatAdele chooses to do with her body is her business. How we perceive her body, however, reveals all our cards: Our culture treats weight loss as if it’s about aesthetics or a vain quest to assimilate. But we rarely consider that it is sometimes a consequence of traumatic experiences.

“When you’re fat, every decision you make—or don’t—becomes subject to the scrutiny of strangers.”

When comedian and actor Mo’Nique first began her career in the late 1990s and early aughts, she prided herself on her provocativeness, her boldness both on and off the stage, and on being a fat stand-up comedian who was not ashamed of the size of her body. Her tagline was often “I’m not afraid of you skinny bitches!,” and she’d loudly cackle about skinnier women needing to eat more and put on some weight in order to compete with her. Mo’Nique’s confidence radiates whether she’s performing in a sold-out stadium, as she did inThe Queens of Comedy, or at a prison, as she did in a stand-up special. She has remained unfiltered about everything from her open relationship with her husband to the ways in which the television and film industries malign and attempt to low-ball Black women.

That honesty also translated into her brazen openness about the size of her body. After winning the Best SupportingActress Oscar for her role in Precious, Mo’Nique began losing weight—and documenting the experience online. She used social media to chronicle her weight loss, which she achieved through a raw food diet as well as dance-oriented and cardio-focused exercise, and she was open about her reasons for losing weight. In an interview with late-night host Arsenio Hall, Mo’Nique said, “When my husband asked me my weight, I answered and he said, ‘That’s too much weight. I want you around for a lifetime and that’s not healthy.’ It was at that moment that I went through guilt, I went through shame, because of my size. Because I never felt love like that before.”She had developed high blood pressure, and she realized that she wanted to be around to raise her two children, who were both under ten at the time. “I want to meet their children. I want to be able to play with their children. I don’t want to be a burden on my family due to self-neglect. . . . I was fortunate to watch my grandmother play with my children. I want to be in the same position.”

Mo’Nique chose to lose weight to “save her life” because she thought the size of her body was endangering her health, which is a stance complicated by the presence of fatphobia in medicine, but nonetheless one that spoke clearly to the personal, intentional nature of her decision. She never once mentioned that she’d lost weight to fit into a sample size for a red carpet appearance or because she’d felt as if she would be more beautiful if she were thinner. She lost weight for a reason that felt important to her, but somehow, all we could culturally latch on to was the fact that she lost weight at all. Headlines about Mo’Nique blared about the exact number she lost, her goal weight, and how she achieved her weight loss, but few explored the reason she was smaller—because it doesn’t matter in the thin imagination. Her conformity is enough, regardless of her reasons. 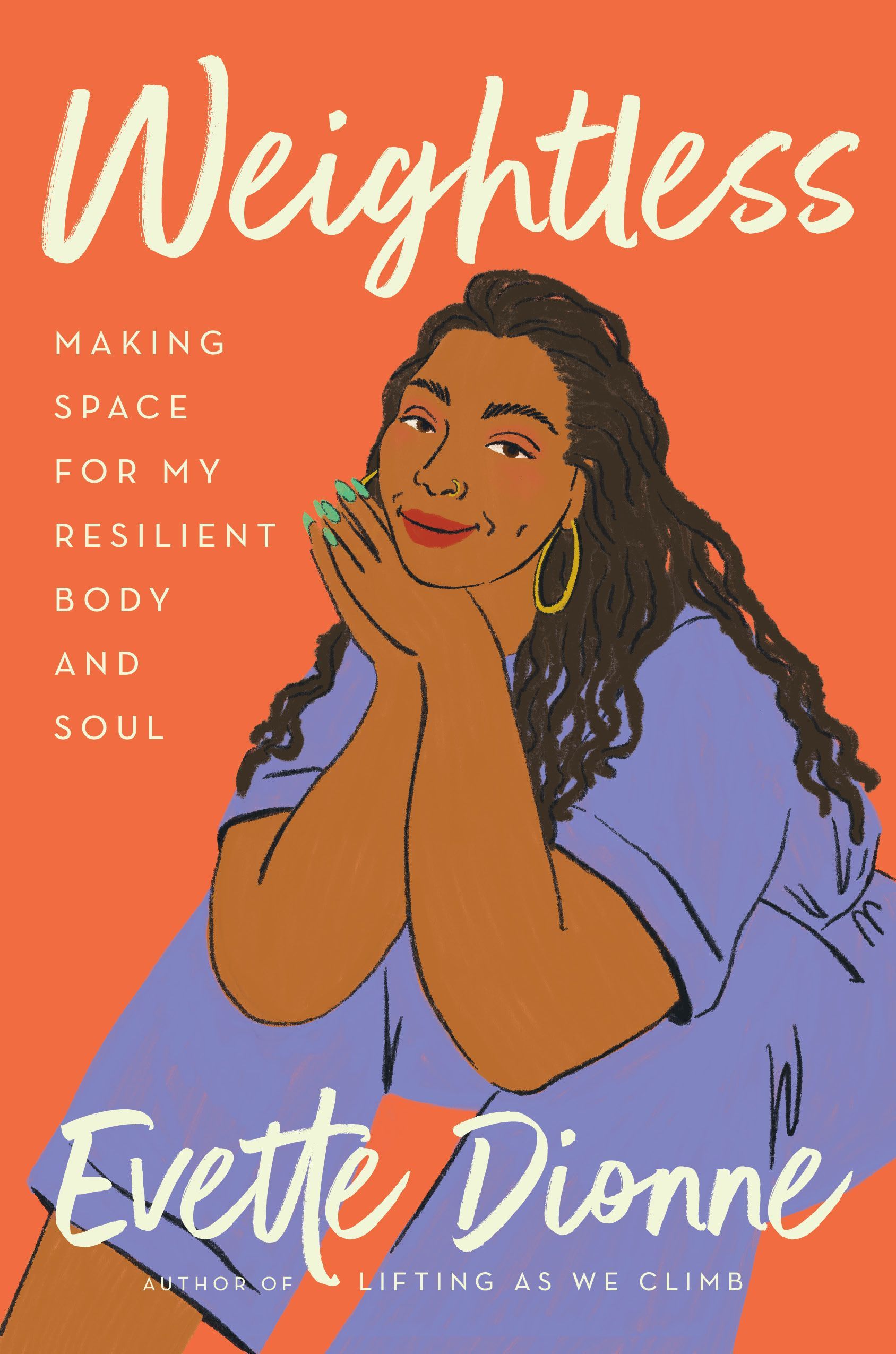 The Prettiest Items From J.Crew’s Fall and Winter Collection