If you could spot Earth from the galactic retro ride pictured on Dua Lipa’s Future Nostalgia album cover, and zoomed through space toward Europe, then south to Croatia, and further to the heart of the Balkans, there, in Pristina, Kosovo, on a sweet summer night in August, you would find Dua Lipa stepping out onto stage—at home.

It’s possible, too, you would glean the screams of the crowd, the energy extending far beyond the lush beech tree hood of Germia Park as Lipa’s performance kicked off the return of the Sunny Hill Festival, created by her father, Dukagjin Lipa, in 2018, and postponed the following two years due to COVID. Still, the crowd’s joy stemmed from emotions deeper than any typical post-pandemic release: Dua Lipa and the festival serve as reminders to young Kosovars that the future is theirs, and that Lipa—and the world—can hear them.

Kosovo is Europe’s youngest country. It also has one of the largest populations under 25. As part of former Yugoslavia, the country suffered a bloody war from 1998 to 1999, only gaining independence from Serbia in 2008. While Gen Z and millennial Kosovars came of age in the years following the war, they felt its weight and reverberations.

“I have a strong feeling about war because of my parents and my family,” says Dionë Ahmetaj, 24, who lives in Pristina and spoke with me in the days leading up to the festival. “We saw books about the massacres, things that never get out of your head. Whenever [the television] played war videos, I saw my parents always change it or get emotional because they went through it.” 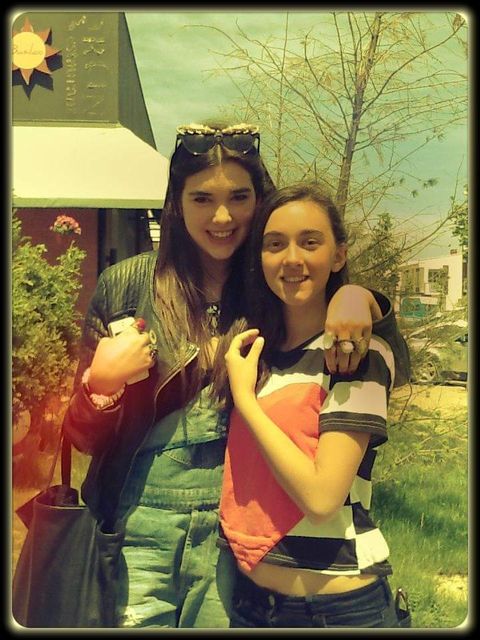 Like many others, Lipa’s family fled Kosovo before the height of the war, moving to London, where Lipa was born in 1995. However, she and her family returned to Pristina when Lipa was 13, and she lived there for two years before returning to London to pursue her career. “It’s very important for children to learn their heritage,” Mr. Lipa tells me, “and my wife and I, we did achieve this.”

This focus on family, and the stories that pass between generations, is not lost on Kosovo’s youth. As I talked with more and more twenty-somethings, I noticed how much of the bond they feel to Lipa is tied to the fact that, like them, she is close to her family and learned about the war through that lens of love. Many cited this as one of the reasons for her compassion, activism, and for why when she speaks about Kosovo, it feels natural—never scripted. “She understands,” says Verona Hasangjekaj, 24. “We all have our parents and our grandparents talking about the past. They’re open about it. I hope we do the same, keep telling stories, otherwise that’s how we forget.”

Of course, the bond young Kosovars feel to Lipa is also due to her musical talent, electric style, and because as a country roughly the size of Delaware, they have always been rooting for her. Each fan remembers their first introduction to Lipa: Some reference her early 2000s blog, YouTube covers, or when she starred in an X Factor UK commercial. Everyone also recalls Lipa’s first major concert in Pristina in 2016. Some knew her personally.

Vjosa Zhubi, who is a few years older than 27-year-old Lipa, befriended her through her cousin when Lipa lived in Kosovo. “She was always a mature kid,” Zhubi says. “She could give you adult opinions, and she had this artsy style. Then even when she left, she always kept in touch. Even now, she asks about everyone.” 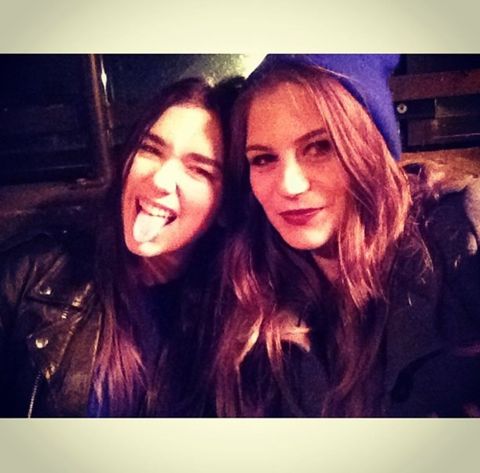 This mutual respect was felt fully at Sunny Hill. As Lipa took the stage in a dazzling pink sequined bra and miniskirt—which was designed specifically for the event and garnered wide media attention—she told fans in Albanian, Kosovo’s most widely-spoken language, “It’s a big dream for me to be here, and to make this kind of festival with my family, with my friends, and with all these people who support me so much. Thank you all so much. Thank you for this special night.”

Sunny Hill is indeed a special occasion. It is the largest music festival in the area and reached a record lineup and ticket sales this year. “I’ve waited for Sunny Hill for two years,” says Vesa Mehmeti, 18, her smile as bright as her eye glitter. “We don’t have anything else like it.”

The chance to attend a festival at home is further revered because due to external geopolitical issues surrounding Kosovo’s status as a country; Kosovars can only visit six countries without applying for a visa. This lack of visa liberalization limits travel and educational opportunities. Many people have stories of drawn-out, failed visa applications. They describe the feeling of isolation as if living on an island.

The Lipas recognize this issue, as well as the reality that Dua Lipa benefitted from her UK passport, and are fighting for change. This year, they launched the #SetMeFree campaign alongside the festival, which calls for EU support in granting Kosovars the freedom to move. Bracelets and photo backgrounds around the festival grounds featured the hashtag, adding to the dynamic atmosphere. 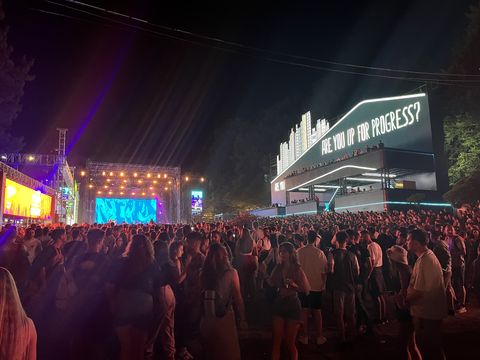 The crowd at Sunny Hill Festival 2022.

Dua Lipa’s efforts at large were recognized by Kosovo’s president, Vjosa Osmani, when she awarded Lipa the title of Honorary Ambassador earlier this month. Osmani thanked Lipa for “using her incredible voice and talent, not only to offer the world songs that leave a mark, but also to present the best image of Kosovo worldwide.”

In a press conference hours before her performance at Sunny Hill, Lipa spoke about her wishes for young Kosovars. “I want to send love to all the youth of Kosovo, and I want to say no matter how big your dream is, you can achieve anything that you want, if you put your mind to it. I truly do believe that … I am here to support you in whatever way.”

Yet more meaningful than her words is the fact that young Kosovars on the ground feel a connection to her, a power and hope radiating from her. “She has that warm heart,” says 23-year-old Edi Demiri, lights and music swirling behind her, her own warmth shining through, “I think she represents us all.”

Lina Patton is a writer and illustrator currently living in Pristina, Kosovo. She is at work on a novel.